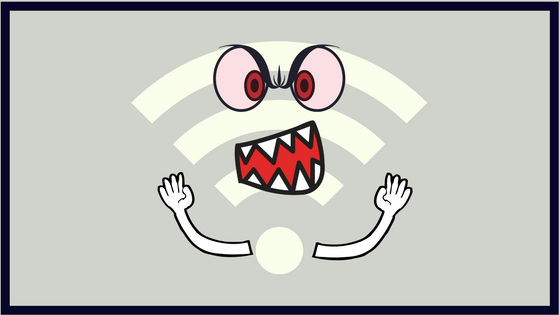 We don’t need a social scientist to tell us that there’s something different about moral outrage when it’s expressed online. We can see for ourselves that it’s more prevalent, more intense, and often more destructive.

Just how and why the internet and digital media are transforming the way we express outrage is a more interesting question. And in her article “Moral Outrage in the Digital Age,” published last fall in Nature Human Behavior, psychologist Molly Crockett gives some preliminary answers.

Crockett begins by providing a basic psychological framework for understanding the expression of moral outrage. First, moral norm violations are the stimuli that evoke moral outrage – an emotional reaction. Second, there are responses to the outrage-provoking stimuli: the subjective experience of moral outrage, along with other factors, motivates one to express the moral outrage through gossip, shaming, or punishment. Finally, there are the outcomes of moral outrage expression – the costs and benefits for both the individual and for society.

Using this framework and existing research on moral outrage, Crockett takes a look at how digital media platforms may be promoting the expression of moral outrage and modifying both the subjective experience of it and the personal and social outcomes associated with it.

Digital media changes both the prevalence and nature of the stimuli that trigger moral outrage, Crockett argues. People experience moral outrage when they witness norms being violated, but encountering norm violations in person is rare. One study found that less than 5% of peoples’ daily experiences involve directly witnessing or experiencing immoral behavior. On the internet, however, people learn about numerous immoral acts, much more, in fact, than they do in person or from traditional media.

In the pre-internet age, Crockett says, the function of gossip was to spread news within one’s local social network to communicate who could be trusted. The reason for sharing information about immoral acts was, therefore, to reinforce trust and cooperation within the community. But digital platforms have changed the incentives for sharing such information. “Because they compete for our attention to generate advertising revenue,” Crockett argues, “their algorithms promote content that is most likely to be shared, regardless of whether it benefits those who share it – or is even true.”

Crockett also points to research on virality showing that people are more likely to share morally laden content that provokes outrage. Because such content generates more revenue via viral sharing, she argues, “natural selection-like forces may favour ‘supernormal’ stimuli that trigger much stronger outrage responses than do transgressions we typically encounter in everyday life.”

Crockett argues that digital media may be changing the way we experience moral outrage. One possibility is that the constant exposure to outrageous content causes “outrage fatigue”: it could be diminishing the overall intensity of the outrage experience, or causing people to be more selective in their outrage to reduce emotional and attentional demands. On the other hand, she says, research has shown that expressing anger leads to more anger, which could mean the ease with which people express outrage online could lead to more subsequent outrage. More research is needed in this area, she says.

Crockett also suggests that the design of most digital media platforms encourages the habitual expression of outrage. Offline, she says, the stimuli that provoke outrage and the way people respond depend on the context. Social media platforms, on the other hand, streamline outrage-provoking stimuli and the available responses into a “stimulus-response-outcomes” architecture that is consistent across situations: “Clickbait headlines are presented alongside highly distinctive visual icons that allow people to express outrage at the tap of the finger.”

Furthermore, Crockett says, positive feedback for outrage in the form of “likes” and “shares” is delivered at unpredictable intervals, a good reinforcement schedule for promoting habit formation. And so, “just as a habitual snacker eats without feeling hunger, a habitual online shamer might express outrage without actually feeling outrage.”

Expressing moral outrage offline carries a risk of retaliation. But online platforms limit this risk, Crockett says, because people tend to affiliate mostly with audiences with whom they agree and where the chance of backlash is relatively low. Moreover, online platforms allow people to hide in online crowds. And as Crockett puts it, “Shaming a stranger on a deserted street is far riskier than joining a Twitter mob of thousands.”

Empathic distress is another cost of outrage expression. Punishing and shaming other human beings means inflicting harm on them, and this is unpleasant for most people. Online platforms reduce this unpleasantness, Crockett argues, because it hides the suffering of real people behind their two-dimensional online icons. “It’s a lot easier to shame an avatar than someone whose face you can see,” she says.

Online platforms alter not only the personal costs of outrage expression but the rewards as well. When people express moral outrage, they signal their moral quality to others and, thus, reap rewards to their reputation. And given that people are more likely to punish when others are watching, these reputational rewards are at least part of the motivation for expressing outrage. Online platforms amplify the reputational benefits. “While offline punishment signals your virtue only to whoever might be watching,” Crocketts says, “doing so online instantly advertises your character to your entire social network and beyond.”

Expressing moral outrage benefits society by negatively sanctioning immoral behavior and signaling to others that such behavior is unacceptable. Crockett argues, however, that online platforms may limit these and other social benefits in four ways. First, because online networks are ideologically segregated, the targets of outrage, and like-minded others, are unlikely to receive messages that could induce them to change their behavior. Second, because digital media has lowered the threshold for outrage expression, it may reduce the utility of outrage in distinguishing the “truly heinous from the merely disagreeable.” Third, expressing outrage online might make people less likely to meaningfully engage in social causes.

Finally, online outrage expression likely contributes to the deepening social divides we have been witnessing. Based on research suggesting that a desire to punish others makes them seem less human, Crockett speculates that if digital platforms exacerbate moral outrage, in doing so they may increase polarization by further dehumanizing the targets of outrage. Noting the rapid acceleration of polarization in the United States, Crockett warns that if digital media accelerates it even further, “we ignore it at our peril.”

At the dawn of 2018, Mark Zuckerberg announced that his personal challenge this year is to fix Facebook. “The world feels anxious and divided, and Facebook has a lot of work to do — whether it’s protecting our community from abuse and hate, defending against interference by nation states, or making sure that time spent on Facebook is time well spent,” he wrote in a Facebook post.

It’s still unclear what Facebook will look like at the end of the year, but Zuckerberg’s first step is to fix the News Feed so that users will see more posts from friends and fewer, but higher quality, articles from media organizations. These changes may well be for the better, but if Zuckerberg truly wants to make sure that time spent on Facebook is well spent, he might heed Crockett’s call for more research on digital media and moral outrage.

As Crockett points out, much of the data necessary to do such research isn’t publicly available. “These data can and should be used to understand how new technologies might transform ancient social emotions from a force for collective good into a tool for collective self-destruction,” she says.

If Zuckerberg answers the call, maybe other platforms will follow, and maybe the internet will be a more enjoyable place.