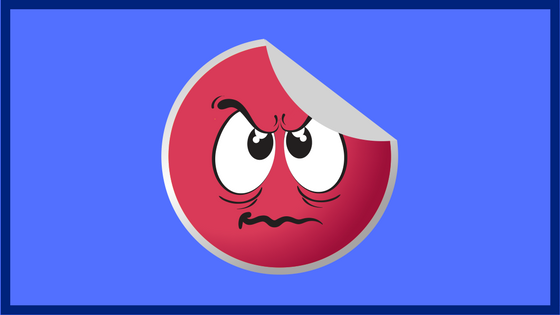 It’s not hard to make the case that the quality of our public moral discourse is low. Determining why it’s low, and then fixing it, is where the work is to be done. In their 2016 article in Philosophy and Public Affairs, Justin Tosi and Brandon Warmke say that moral grandstanding is at least partially to blame.

Moral grandstanding is what others have come to call virtue signaling, but Tosi and Warmke (who don’t like that phrase) offer a more thorough examination of the phenomenon – a precise definition, examples of how it manifests, and an analysis of its ethical dimensions.

It’s worth reading the entire article, but I’ll summarize the main points below.

The Manifestations of Moral Grandstanding

Piling On is when someone reiterates a stance already taken by others simply to “get in on the action” and to signal his inclusion in the group that he perceives to be on the right side. An explanation of this, according to Tosi and Warmke, comes from the social psychological phenomenon known as social comparison: “Members of the group, not wanting to be seen as cowardly or cautious in relation to other members of the group, will then register their agreement so as not to be perceived by others less favorably than those who have already spoken up.”

Ramping Up is when people make stronger and stronger claims during a discussion. Tosi and Warmke offer the following exchange as an example:

Ann: We can all agree that the senator’s behavior was wrong and that she should be publicly censured.

Biff: Oh please—if we really cared about justice we should seek her removal from office. We simply cannot tolerate that sort of behavior and I will not stand for it.

Cal: As someone who has long fought for social justice, I’m sympathetic to these suggestions, but does anyone know the criminal law on this issue? I want to suggest that we should pursue criminal charges. We would all do well to remember that the world is watching.

The desire to be perceived as morally respectable, according to Tosi and Warmke, can lead to a “moral arms race.” Ramping up “can be used to signal that one is more attuned to matters of justice and that others simply do not understand or appreciate the nuance or gravity of the situation.”

Trumping Up is the insistence that a moral problem exists when one does not. The moral grandstander, with her desire to be seen as morally respectable, may try to display that she has a “keener moral sense than others.” This can result in her identifying moral problems in things that others rightfully have no issue with. “Whereas some alleged injustices fall below the moral radar of many,” Tosi and Warmke say, “they are not missed by the vigilant eye of the morally respectable.” So, in their attempt to gain or maintain moral respectability, the moral grandstander tries to bring attention to features of the world that others rightly find unproblematic.

Excessive Emotional Displays or Reports are used by the moral grandstander to publicly signal his moral insight or conviction. Citing empirical findings of a positive relationship between strength of moral convictions and strength of emotional reactions, Tosi and Warmke reason that excessive emotional displays or reports “could be used strategically to communicate to others one’s own heightened moral convictions, relative to others.” Grandstanders, in other words, may use excessive emotional displays or reports to signal that they are more attuned to moral issues and, thus, should be viewed as more morally insightful or sensitive.

Claims of Self-Evidence are used by the moral grandstander to signal her superior moral sensibilities. What is not so clear to others is obvious to the grandstander. “If you cannot see that this is how we should respond, then I refuse to engage you any further,” the grandstander may say (example by Tosi and Warmke). “Moreover,” Tosi and Warmke point out,” any suggestion of moral complexity or expression of doubt, uncertainty, or disagreement is often declaimed by the grandstander as revealing a deficiency in either sensitivity to moral concerns or commitment to morality itself.”

The Ethics of Moral Grandstanding

According to Tosi and Warmke, moral grandstanding is not just annoying but morally problematic. One major reason is that it results in the breakdown of productive moral discourse. And it does so in three ways.

First, it breeds an unhealthy cynicism about moral discourse. If moral grandstanding occurs because grandstanders want simply to be perceived as morally respectable, then once onlookers view this as a common motivation for moral claims, they’ll begin to think that moral discourse is merely about “showing that your heart is in the right place” rather than truly contributing to morally better outcomes.

The third reason moral grandstanding harms public moral discourse is that it contributes to group polarization. This, Tosi and Warmke explain, has to do with the phenomenon of social comparison. As is the case in moral grandstanding, members of a group are motivated to outdo one another (i.e., they ramp up and trump up), so their group dynamic will compel them to advocate increasingly extreme and implausible views. This results in others perceiving morality as a “nasty business” and public moral discourse as consisting merely of extreme and implausible moral claims.

Individual instances of moral grandstanding can also be disrespectful in a different way, Tosi and Warmke argue. Moral grandstanding, they say, can be kind of a “power grab.” When people grandstand, “they sometimes implicitly claim an exalted status for themselves as superior judges of the content of morality and its proper application.” They might use grandstanding as a way to obtain higher status within their own group, as a kind of “moral sage.” Alternatively, they might dismiss dissent as being beneath the attention of the morally respectable. Tosi and Warmke maintain that this is a problematic way of dealing with peers in public moral discourse:

…because in general we ought to regard one another as just that—peers. We should speak to each other as if we are on relatively equal footing, and act as if moral questions can only be decided by the quality of reasoning presented rather than the identity of the presenter himself. But grandstanders seem sometimes to deny this, and in so doing disrespect their peers.

The final reason that Tosi and Warmke offer for the problematic nature of moral grandstanding is that it is unvirtuous. Individual instances of grandstanding are generally self-promoting, and “so grandstanding can reveal a narcissistic or egoistic self-absorption.” Public moral discourse, they point out, involves talking about matters of serious concern, ones that potentially affect millions of people:

These are matters that generally call for other-directed concern, and yet grandstanders find a way to make discussion at least partly about themselves. In using public moral discourse to promote an image of themselves to others, grandstanders turn their contributions to moral discourse into a vanity project. Consider the incongruity between, say, the moral gravity of a world-historic injustice, on the one hand, and a group of acquaintances competing for the position of being most morally offended by it, on the other.

First, the virtuous person might be motivated for other-directed reasons: she wants to help others think more carefully about the relevant issues, or she wants to give arguments and reasons in order to challenge others’ thinking in a way that promotes understanding. Second, the virtuous person might be motivated for principled reasons: she simply cares about having true moral beliefs and acting virtuously, and so wants others to believe what is true about morality and act for the right moral reasons. All we claim here is that the virtuous person’s motivation, unlike the grandstander’s, is not largely egoistic.

Because of its morally problematic nature – it’s bad for moral discourse, it’s unfair, and it’s unvirtuous – Tosi and Warmke take themselves “to have established a strong presumption against grandstanding.”

So, before you send that morally laden Tweet, think about your motivations. Do you genuinely want to contribute to moral discourse, or do you just want recognition?